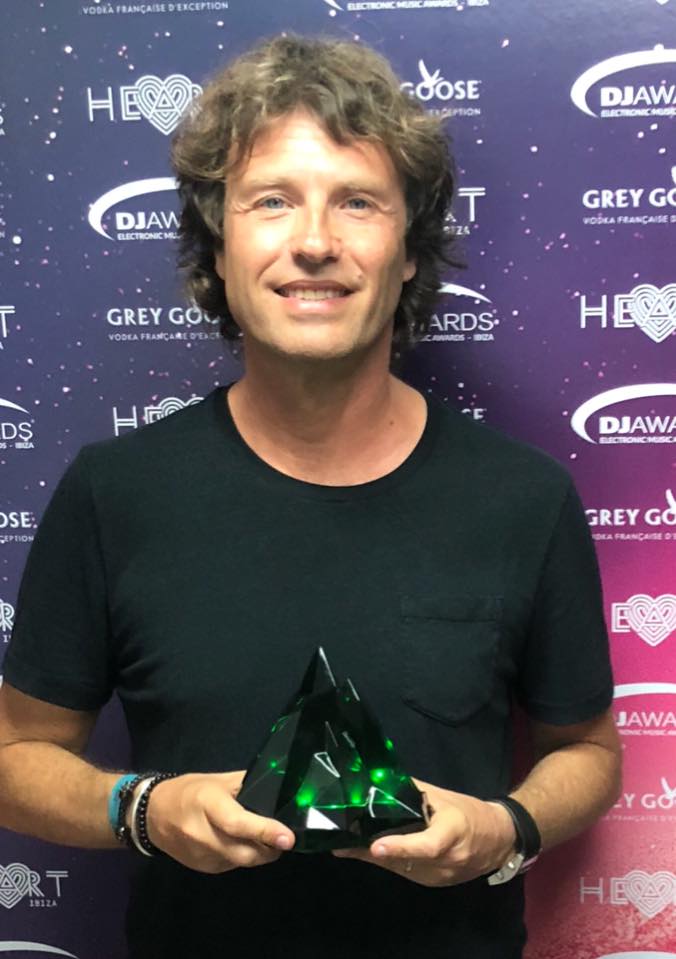 The label founder of Sudbeat belongs with his funky sound to the top artists in the sector of progressive house. With many mixes, singles and EPs he appears on labels like Renaissance, Perfecto Records or Balance Music. Since a very long time, the 53-year-old has been dealing with progressive sounds and has experienced the changes in the scene for himself. In this interview, the Argentinian from Buenos Aires explains why he has remained true to his own style, which artists impress himself and what influence social media has on an artist’s life.

Hi Hernan, you’re nominated in the category ‚best artist progressive house‘. What do the DJ Awards mean to you?

I went to my first DJ Award 18 years ago as a newcomer. Back then it was really exhausting to get attention because I was completely unknown. After the Awards everybody asked ‘who’s that guy?’ So the DJ Awards helped me a lot.
Now I am travelling the world every weekend and I guess they know me already here. Back to your question: DJ Awards will definitely help your career. Today getting nominated is like a nice hug.

Do people in South America recognize the DJ Awards as well?

Yes, in Argentina there are many fans who follow each single step of the DJ Awards.

You are in business over 3o year now. How would you describe the most important changes within these decades?

I am quite oldschool. I started with vinyl and went from all technical processes to today’s media and the internet. When I started it was still difficult to get records in Argentina. Now you get so many tracks you can’t possibly listen to. I spent all my money on vinyl and now I receive more music that I can listen to for free.
Back then there were only about ten DJs playing house music in Argentina. This is completely different now. Today there are hundred thousand. There used to be only a few people who did some things. Nowadays it’s much easier, but the competition is extremely tough.

There are many things that interact in the process to get success. In earlier days it was okay if you are good in DJing and having your skills. Today one of the first skills is to deal with relationships and social media.

Many people changed their style of music they have played within the years.
You stay true to your own sound. What is the reason why and what do you think makes your style of dance music so special? How would you classify it?

I don’t see this as a competition to be most popular. The competition is to be happy with the stuff you do. I am the happiest when I play what I like and the people around me like it.
I know a lot of DJs changing their styles every two or three years. But I can only say that I don’t like it.

You’ve seen many DJs and musicians come and go. Which producers influenced you in the beginning and who influences you now?

I started very early when electronic pioneers like Kraftwerk or Giorgio Moroder were popular. At that time my older sisters were listening to Pink Floyd and Led Zeppelin, so I was always influenced by the melodic and psychedelic type of music.
Then I discovered Franky Knuckles for myself and I was curious how he played records and mixed different things. Soul from Philadelphia paired with European music. Franky Knuckles was the first one I saw playing long DJ sets – enthusiastic from the first to the last record. This was incredibly new at that time. Nowadays “long” DJ sets are advertised because too many pussy DJs only play 90 minute sets. Last December I played 20 hours B2B with Guy J. That was crazy.

You just mentioned social media. Social media is the new backup in the DJ business. The more followers you have on Facebook and Instagram, the more important you seem to be. How do you come along with this development?

I am lucky that I had a fanbase from the beginning. So I never entered this competition because I knew that I had my “followers” before. For newcomers it must be very confusing to see: “Oh, I have 100,000 followers, but there are only 50 people in the club? That is very tricky. The older guys like me have earned their followers before. The truth is, what you see in the club is not what you see on Facebook or Instagram on the Internet. You can produce a new track and thousands of people tell you on SoundCloud how fantastic it is. But the reaction it triggers in a club is real! Facebook or Instagram are massive tools because the business is so global. But they never transport the real life or the real club spirit. It’s just a marketing tool, so let’s keep it with that.

Unfortunately, you don’t play that much in Germany at the moment. I remember frequent Tribehouse times in Düsseldorf with Oliver Moldan until early 2000.

I don’t want to play where people don’t like what I do. I would never ask my manager: “Hey, please give me a gig in Germany”. Germany is a valid market in the dance scene but obviously there is no interest for the promoters or they don’t care. I get a lot of inquiries from other countries: “Come on, play here!” But maybe the promoters also have a different perception. I play a lot in Japan, China and Korea or Holland and Hungary. That’s good. Fortunately, I have more offers for work than days available to play.

Germany is more a techno country with the likes as Berghain/Ostgut, Kompakt or Cocoon. Nowadays you see clearly more progressive house influences also on German techno labels like Katermukke or Einmusika. Do you recognize a change between the scenes with more space for progressive house sounds?

If you look at my compilation of music, you can see that there are many German artists and they were always there. The German scene became trendy and famous 15 years ago. Nevertheless, I always had a bigger connection to American labels maybe that plays a role. Some people probably think: “Oh no, that’s the old trance guy who plays perfecto records!” But that’s fine.

I hope that I can play more often in Germany in near future!

Next gigs in Europe: