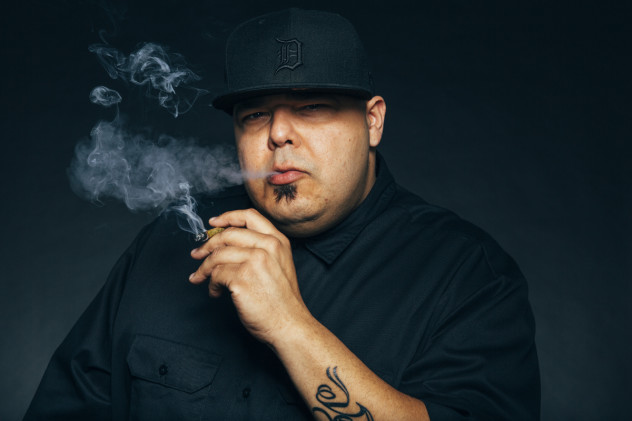 Extrema NL is coming up this weekend and among other like Carl Cox, John Digweed, Tensnake, Danny Tegnalia or Kölsch also DJ Sneak is going to set up his tunes for the audience. However, just before he heads for the Netherlands we had the chance to talk with him about his life, career and the Netherlands.

You are more than 15 years active with an uncountable amount of productions. In your own personal view, how did the House scene develop since you’ve been active?

It hasn’t. The only thing that changed is the industry and how it is promoted and sold. What I consider House Music has survived many waves of fashion & fads. My House Always stayed true & solid.

Although you undoubtedly influenced House music very well in the past years, it seems that you never really had the desire to become a big “super star”. Was it for you always a desire to remain a sort of underground image?

Many times becoming a superstar means becoming a douche bag and being controlled and manipulated by those holding the bank. I know who I am and how I am, this path could never work for me, I’d rather stay underground and in charge of my moves and my career. Too many fools jump at the opportunity of becoming a star but they haven’t done a fuckin thing to earn it, they’re a bad illusion, a cheap magic trick. I’m happy to stay strong for over 25 years now, I don’t belong to no brand I don’t own, or part of any mafia, no one telling me what I can or can not do. I sit where I want at the table, not where some guy who thinks he’s king tells me to.

You are also a person who behaves pretty controversial, you always speak up and share your personal opinions not minding if others share it or not. Is that something others should do more as well?

If you ain’t true to yourself and your beliefs you’re a fraud. I say what I want cause I, like the rest of the world, have an opinion, a right to express how I feel or what I think. I’m not here to be friends with everybody nor act like I’m friends in front of a camera to look cool. I’m here to make music, play music and have the respect that I picked up in Chicago about this music.

You are going to play at Extrema Netherlands this year. Festivals like Extrema are pretty known for their special kind of atmosphere they create. Creative, individual build stages, a lovely terrain and filled with good vibes. They want to provide more than just excellent music. What’s your expectation about Extrema?

I’ve actually played quite a few Extrema festivals. They’re always entertaining to the eye and ears. I expect nothing less than the standard set by the Festival itself.

When was your last time in the Netherlands and what was your impression about this fairly small country?

I’ve always loved the Netherlands for many reasons. I love the diversity of people, food and culture. The many things to inspire you when you wander the streets, the amazing vibes that happen when it’s great weather and everybody is outside, the munchies you can find plus the beautiful Weed that is allowed to be consumed at your own discretion. I’ve been coming and going from this land for many years and I hope to continue serving up my beats to the many that love  it.

If you would have the power, what from the Netherlands would you love to bring over to Canada?