>>Ok so things got a little bit wild today. First time for me in a public controversy, I’m gonna try to take it easy, please listen to me carefully.

This hotel issue came in Edinburgh for this week-end. I am on tour for 2 weeks now for European gigs + a festival in Morocco. I am staying 3 nights in Edinburgh now, because it would be pointless to travel back and forth with two flights for each leg to the south of France just to stay one day at home.

Anyways, yes 3 nights in Edinburgh. In that case, I pay 2 nights myself and the promoter has to pay for one, the one of the night of the show. That’s the way it works for me here and now. (Sometimes promoters would cover several nights)

3 nights in Edinburgh, I want a nice hotel with a cool gym and a spa, because it’s raining outside, and I wanna relax during those two weeks filled with 7 gigs. Because I love the gym and a good sauna, yes.

I look up on booking.com quickly and see there is a nice Sheraton. I just stayed at the Sheraton in Amsterdam in the beginning of my two weeks tour.
The thing I don’t realize yet is that this Sheraton in Edinburgh is much more expansive than the one in Amsterdam.

Anyways, the promoter agrees on one night at the Sheraton. Then changes his mind and books another one. My agency asks what’s up and asks to get back to the Sheraton reservation. Things get messy from here.

I get a call from my agent yesterday evening telling that the hotel is now an issue (after they originally agreed..but whatever)

I say OK no probs, true story the hotel is more expansive than I thought, so let it be I’ll just pay the 3 nights myself. I’m not supposed to do that, but if that’s a main issue for the promoter, then, OK, I’ll pay for my sauna and gym myself.
What matters to me is to play a good set at the club and enjoy the party. Not to fight over 200£

My agent got a bit angry. And yes things got out of control. I know he already apologized to the promoters.
I apologize on behalf of him aswell. I understand the anger – and I’m the first one in this whole situation to feel fucked – But insults are never a good choice.

Now just a reminder that I’ve been touring non stop since 2010.
What if one of you were travelling abroad every week-end. Wouldn’t you wanna stay in nice hotels after 7 years?
Nope I won’t apologize for requesting the Sheraton – Considering that afterwards after I realized it was kinda too expansive I just wanted to pay for it myself!!

Btw not so long ago I was backpacking in Kyrgyzstan, Transnistria, Nagorno-Karabakh, places that your embassies would recommend you to not to go to. I don’t even mention my youth spent at doing some wild things every week-end.. Some of you know.

So did I become a diva? Nope I don’t think so. I just want my comfort. I’m a stressed-out dude, I want my sauna the day after the gig.

In 7 years I’ve had a few issues with my rider. I once cancelled a gig in the US because they didn’t have the mixer I requested – I regret that one now for some reasons but that’s an old story.
A few months ago I cancelled another one because of the mixer too, and I completely assume that one.

Overall in 7 years I don’t think many promoters can complain about me. Yes my rider is tight. Yes I won’t accept a bad hotel. (A good hotel doesn’t need to be expensive btw)
Yes I can be moody sometimes. But if the party’s right, I’m always trying to give the best of myself.

These Edinburgh guys are a bit weird to me, seems like cancelling was in their interest. If they really wanted the party to happen, why just not contacting me? I answer everyone and I’m a sensitive person I don’t like get into pointless arguments or fights. Hotel, someone at the agency not being cool? I would have fixed all of that!

Then again insults are wrong, sorry to read it went that way during the night.

I’m here in Edinburgh and I think I need a good sauna to relax!<< 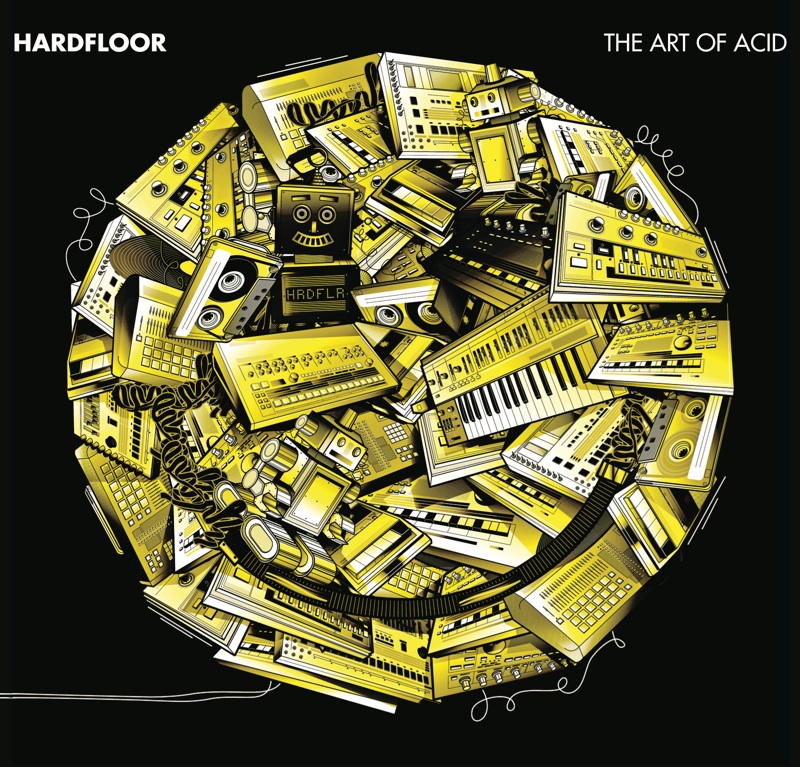 Hardfloor erklären “The Art Of Acid”