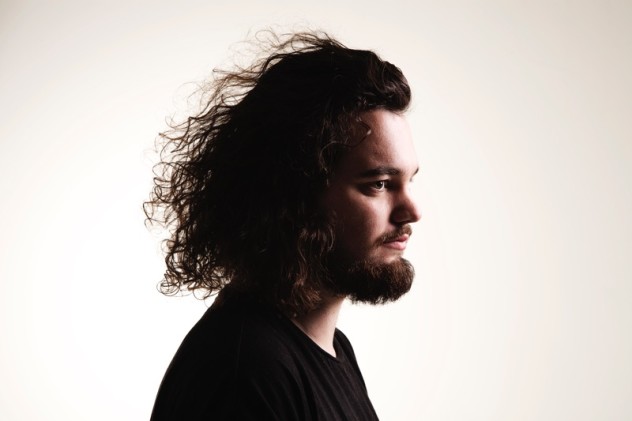 If you were following playlists of artists like DJ Sneak, Joy Orbison, Boddika or Bicep one name always appeared on the top: De Sluwe Vos – in English: the sly fox. Robert Vosmeijer — so his real name — is from Deventer, the Netherlands. Just in case you consider to book him, forget it right away. His tour plan is stuffed with high quality festival names such as DGTL Barcelona, Pukkelpop or Awakenings. Furthermore, Vosmeijer recently released his debut album “Kontra” which is also the first release on his own brand new label Patron Records.

We asked him for a little interview about his new label, his work and the attention he got in the last couple of months.

Tell us about the idea and philosophy behind your new label.
Actually I am a bit of a control freak. So when the album was there I wanted to do everything myself because I had worked so long on all the music. It felt a bit strange to give it away to be honest. Right now I just want to show the people how much great music there is to discover. So I want to release tracks by young talents which I think deserve a voice. I also want to release music in general on the label, no genres or boxes. If its a good track then it is a good track. No matter if it is Techno, House or Jungle. Just energy driven tracks which I love.

Your album was your first release on it. Tell us about the production and your studio work. And why is it released in three parts?
I went to a little cottage in the middle of the woods to finish the album. I had a lot of ideas and start ups but did not get to a point to finish it. So I thought I needed to escape Amsterdam for a little while to be able to focus on nothing else than my album. I worked out all my ideas, wrote some lyrics and when I was back in my studio in Amsterdam we finished the record.

The idea to release it in three parts came from the thought of introducing different genres on the album. I thought why make an album with only the kind of tracks people already know from me when I have the freedom to experiment a little bit. The three parts stand for the different parts of the story of the album. In that way the listener can adept easier to the different genres and moods. Also I did not want to force people to pay 30 euros on a album with just a few track which they like. The album is so broad that it has something for everyone.

You are on tour with band and guest artists. Tell us about the highlights and the upcoming shows (from august on)
Definitely Pukkelpop! I am very much looking forward to that festival. It is huge! And it is in Belgium, I love those people. Other than that definitely the club tour throughout Holland. It is gonna be a crazy period touring with the band and crew!

You are something like the „Dutch new shootingstar“. How is it to have so many attention and how do you see your development from the last couple of months?
I do not want to get that attention take over control. I think it makes you lazy in a way. I just do what I love the most and when I chose to give my music career a chance it always comes with the chance of actually succeeding and making your living with it.
I am living day by day and I will see whatever crosses my path. However, I definitely am grateful that it worked out good for me! It is so cool to see your tracks being played by your heroes and playing even bigger festivals and better slots. I do not know what to do besides music, so I am a very very lucky guy.

How do you start into music and what was your biggest influence?
Richie Hawtin was definitely a big influence. How he recreates himself every time. Well, how he was recreating himself. It is something that I noticed early on. Besides that, the whole techno culture was a really big influence on me in general. It just inspired me how happy everyone was and how everyone accepted one and other.

What about your next projects and highlights for the next time?
I am really productive in the studio again. So I am planning on releasing a couple of EP’s later this year.
Besides that, the remix EP of my album is something I look forward to.

Any confirmed dates for Germany?
Yes! Unfortunately, I believe I am not able to tell you anything about it yet but I am very much looking forward to that one. Last time was great!