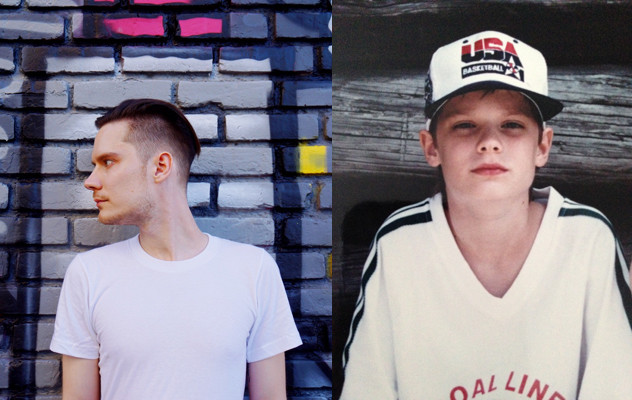 Your favorite decade: the 90s. I was a simple kid growing up in Queens, NYC. I liked to play Basketball, and also listen to music. I was a big hip hop fan, but I also bought Prodigy “The Fat Of The Land.” It was always fun to go to the park and shoot hoops after school.

Your favorite track/song: I think I would say Juicy by Biggie. When this came out it was his most pop oriented song on the album, but man it still hit hard. I was around 8 or 9 when the album dropped so I didn’t really dive into BIG until I hit my teens in the end of the 90s, but I was glad I did.

The worst track/song: I was never a big Lil’ Kim fan. Always preferred Foxy Brown. So I guess I would say anything by Kim. Although Junior M.A.F.I.A. was dope.

Your favorite instrument/software/tool: From the 90s a lot of cool digital synths came out, but I am going to go with the MPC 2000XL. Dropped in 1997. I didnt get one until I was way older, as when it came out I was 11 years old and would never be able to afford it, but it’s an awesome piece of gear. Glad to own one now as an adult. Sample slammer with the perfect bit of crunch!

Your favorite outfit: Man, back in these days, I would rock Timberlands and some basketball jerseys. I owned Penny Hardaway and Michael Jordan jerseys. Thats how you dressed in Junior High School in Queens. I also had a jansport book bag, which I tagged all over. That was really fun actually. Taking a silver sharpie and doodling designs on my navy blue jansport bag during study hall- or when I finished all my homework…

Your worst fashion sin: Tying this into the answer above, but definitely my baggy jeans. Used to rock that with a bubble jacket and boots from 1997-1999 between the 11-13 age. I am a thin guy, so it just made me look so stupid. But hey, we are all teens at some point in our life! My thin legs look way sexier with skinny jeans.

Your favorite movie: SPEED. This was the first rated R movie my parents let me and my sister watch. I was around 8 or so when it came out- she was 6. I remember my sister having a crush on Keanu Reeves – which in turn being her big brother – I made constant fun of her for. It was bad ass movie though.

Your favorite TV series: We used to watch TGIF – which was here in the states in the 90s basically a 4 hour block of 4 different tTV shows on friday night from 8pm-10pm back to back. Family Matters at 8pm was my favorite, but man there were some good choices for us. A close second was Full House. I watched this when I was way younger then the TGIF phase, but Full House was always a good watch. After I finished my homework, my mom would let me watch that.

Your personal hero: Michael Jordan for sure. I loved him and his game. I was a scrawny but pretty good basketball player as a 10 year old, so MJ was my hero. Think I used to write down “basketball player” in class when they asked us what we want to be when we grow up. Thanks Mike.

Your worst youthful sin: In 1991, when I was in the First Grade at my local Elementary School PS.99, I may or may not have once professed my love with a marker onto the carpet to some girl in my class. My dad got called into the school and I met him in the Principals office. My dad wasn’t too upset. He laughed at his casanova son.